Second Harmonic Generation (SHG) is a second-order nonlinear optical effect that occurs only in noncentrosymmetric media. This inherent selectivity allows to probe various noncentrosymmetric structures such as crystals, collagen, microtubules, and other ordered structures. SHG is also active at interfaces where the symmetry is broken by the interface that is located between isotropic media. This allows SHG to be surface specific, i.e., light can be generated exclusively at the interface. SHG is thus an ideal method to probe aqueous interfaces, biological membranes, and semiconductor surfaces. 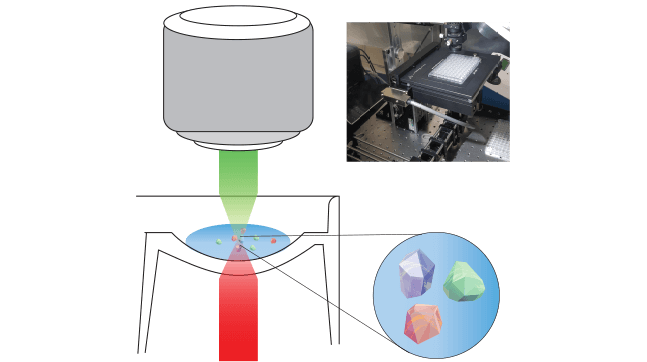 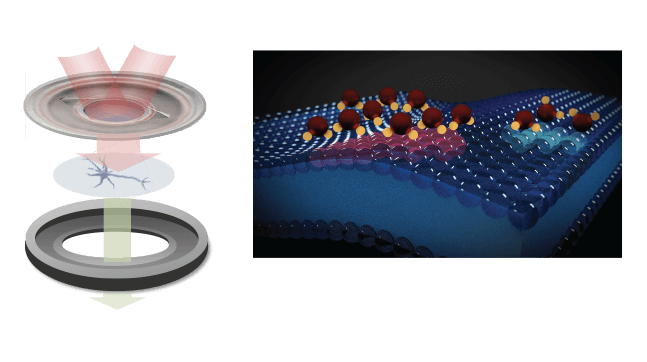 (Left) Using water as a label-free probe of membrane electrostatics, (Right) Water molecules at the membrane interface are oriented by surface charge providing label-free contrast. Read about the article here. 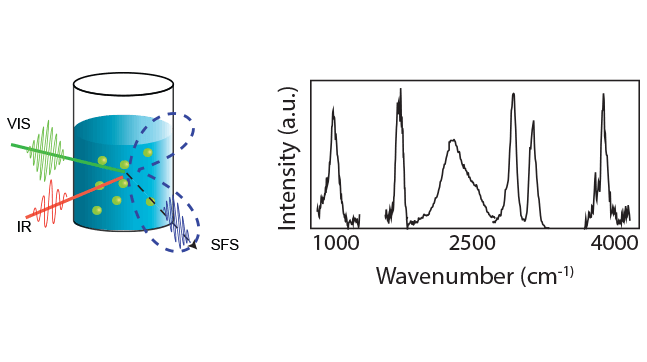